Today Will Be Different

Today Will Be Different is the second episode of the eighth season of The Vampire Diaries and the one hundred and fifty-seventh episode of the series overall.

WILLPOWER — After learning that someone from Stefan's past may be Damon and Enzo's next target, Stefan, Bonnie and Caroline head to North Carolina. There, Bonnie takes drastic measures in an attempt to break Enzo free of whatever has a hold over him. At the Armory, Alaric and Georgie stumble upon a mysterious symbol that may be related to the supernatural force controlling Damon and Enzo. Finally, Caroline gets an unexpected surprise from Stefan.

Damon and Enzo locate a guy who claims he's a pacifist, but earns his money from making parts for the guns. They bring him to Sybil and she drowns him in the pool.

Meanwhile, Bonnie thinks that Enzo's on their side and that he keeps leaving trails for her to find him and free him. Sybil notices that he's not fully committed to the work and by using mind control learns about Sarah Nelson. Sybil sends Damon and Enzo to track and kill her.

Caroline moves to Salvatore Boarding House and while she, Stefan and Bonnie are researching the list of recent victims, realize that the victims are all named Sarah Nelson. They race to North Carolina to try and stop Damon and Enzo.

Meanwhile, Damon and Enzo find Sarah. When they try to get her somewhere private, she stabs Damon with a vervain dart. Enzo tells her to run from the country. They go to grab her things from her apartment, but Bonnie and Stefan are already there. Bonnie and Enzo talk and he tells her everything about Sybil. He tells her that he must return soon to Sybil and she knocks him down. She drives him far from North Carolina, but his nose starts bleeding because he's too far from Sybil. Realizing that she can't save him now, she lets him get back to Sybil.

Meanwhile, Stefan reveals Sarah's backstory to her, but Damon arrives and threatens Sarah. Stefan tries to reason with him, and he decides to spare her. She starts to run, but Sybil herself arrives and stabs her. Stefan tries to save her by feeding her his blood, but Sybil uses mind control to stop him. She she also learns about Elena Gilbert and changes Damon's memories of her. Sybil later enters Enzo's mind and finds out about Bonnie.

While reading the old logs, Alaric discovers that The Armory received an artifact from 2200 BC in 1790 from Mystic Falls. There's a symbol in the logs, which Georgie later reveals that she has tattooed on her. She explains that she saw the symbol after her near-death experience in a car crash. Later that day, Georgie finds a fork with the same symbol.

At the boarding house, Stefan proposes to Caroline and she accepts.

Sybil: "Where does your subconscious go when you try to resist me?"

Sybil: "Why is he always napping? Me? I love keeping my new eyes open. After you spend a couple hundreds of years with little shriveled up eyes sockets underneath where your eyebrows used to be you take extra pleasure in using all the parts of your body. And you are even more disappointing. I've had no luck getting into your head not since the day we met."

Enzo: "And on that day, I was unprepared for your attack, now I am prepared. Anyway I don't know why you're complaining, my freewill is at rock bottom. I do almost everything you say, even when I don't want too."

Sybil: "It's the almost part of that sentence that vexes me. Come here! Come on, just a peek."

Damon: "So I thinking of a person, reasonably good looking, charming accent, who would be the most amazing wingman if he'd just got rid of his martyr complex."

Enzo: "That's not how you play twenty questions. Regardless, your answer is either Jesus Christ or me."

Damon: "Got it on the second try. Why are you resisting instruction?"

Enzo: "I'm not resisting anything. I'm here, stalking Sarah Nelson, with you, as instructed. What in this tabloid reads me resisting?"

Damon: "Oh yeah, you here but you're distracted. You're not having any fun, Enzo."

Damon: "No, I'm highly engaged and I want you to be like me. Come on man, we finally got a cushy assignment for once, I mean chasing unsuspecting women that happen to share the same name. Why can't you enjoy the change of pace."

Enzo: "Because I'm wondering what the boss lady is up too? Why is she suddenly pushing the pause button on her mysterious master plan."

Damon: "Easy, she has a new priority. Giving you a spanking. You put her in a mood, now she wants you to flip your switch. Why did you have to go an piss her off?"

Enzo: "How are you so afraid of her without your emotions?"

Damon: "I disagree with all of your opinions. Ah there she is."

Sybil: (to Enzo) "I have had no luck to getting into your head, not since the day we met."

"All the Way" – Billie Holiday

"Put Your Hands Up" – The Struts

"Nobody but You" – Charles Bradley

The Vampire Diaries Today Will Be Different Trailer The CW

The Vampire Diaries 8x02 Promo - Today Will Be Different HD

The Vampire Diaries 8x02 Webclip 1 - Today Will Be Different HD

The Vampire Diaries Today Will Be Different Scene The CW

The Vampire Diaries Inside TVD Today Will Be Different The CW 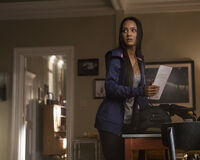 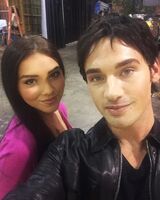 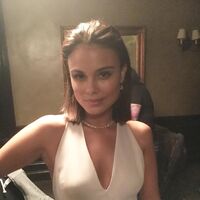 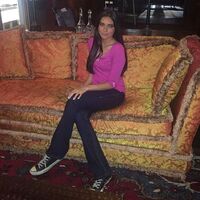 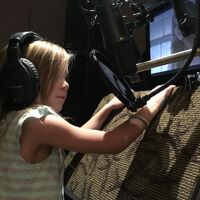 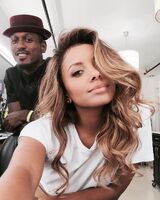 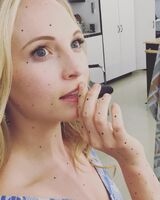 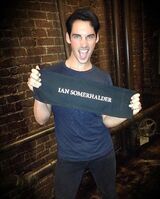 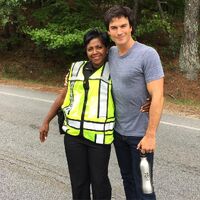 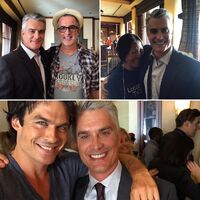 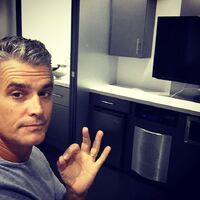 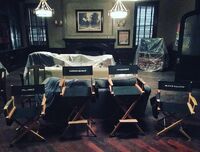 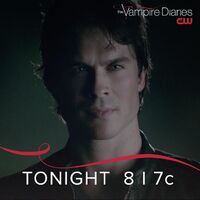