Transformation Control is the ability werewolves and hybrids exhibit when they transform into their wolf forms. To werewolves, it is merely their ability to gain some conscious control of what they are doing, while they unwillingly transforming into wolves. However, it can be further developed through use of Moonlight Rings or evolving.

To hybrids, it is the process of voluntary transformation, though with full transformation, they still risk the inability to control themselves and revert to their animal state of mind that can suppress their conscious minds with lack of experience.

Some werewolves learn over a large period of time to gain control of themselves in their wolf form. The only werewolves who have ever been shown to be in complete control of what they were doing are the Crescent Wolf Pack. There have been instances where for a short duration of their time as wolves they exhibited conscious control.

The Crescent Wolf Pack consist of several bloodline of werewolves that reside in New Orleans. Who were cursed by a witch that essentially reversed the original curse placed upon the werewolves. So they would only be human on a full moon and a wolf the rest of the month. In werewolf form they seemed to show full consciousness and awareness of their actions

When Mason Lockwood was in his wolf form in Bad Moon Rising, he displayed restraint when Tyler yells at him to stop hunting both Caroline and Stefan.

Jules had threatened Damon that she would hunt him down, when the full moon takes effect in By the Light of the Moon, she through the window of the Salvatore house to kill Damon but ended up severely hurting Rose instead, who was in her way. Later she lost conscious control and murdered many people in the woods while still in wolf form, she had apparently lost control. However, in human form she correctly remembered how she attacked Rose.

To werewolves, transformation control is a specialized ability that enhances with the number of times they transform. It also gets better if they help each other in their packs to develop some of the ability. It is not a standard werewolf ability by itself, it is something that must be learned. With the achievement of the Unification Ceremony, the werewolves of New Orleans that participated, will no longer be forced to turn on a full moon, they now have the ability to turn at will. 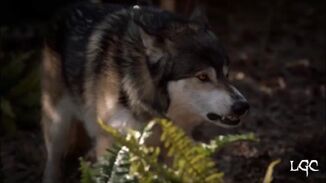 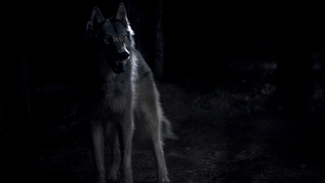 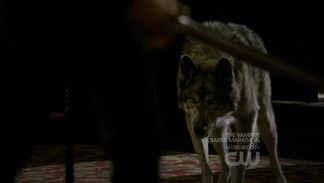 Jules coming for Damon.
Add a photo to this gallery

Hybrids are completely different when exhibiting transformation control. The decision to transform is completely voluntary for hybrids and unlike werewolves, that unwillingly turn into wolves during a full moon, they do not need to turn into wolves. This was likely put in place because as hybrids, with their vampire abilities they would do greater damage to their surroundings than werewolves would if the transformation weren't at their disposal. Either that or, being undead, they are not bound by the powers of nature.

They usually choose not to turn due to the immense pain they face while they transform. Hybrids see their status, as enhanced werewolves, a gift from Klaus as he has helped them take away the pain caused due to their transformation when they were werewolves. This makes them feel supernaturally loyal to Klaus resulting in the Sire bond. Klaus' sire bond can be broken by turning at will about a hundred times and getting used to the pain until they stop feeling discomfort in transformation and then they hybrids realized that they owed Klaus nothing.

Klaus transformed involuntarily after breaking the hybrid curse. It is possible this happened as he was too weak to hold off the effect of the full moon. It is also likely that nature decided they should transform at will as Klaus killed a lot of people and remained a wolf for 2 days. However, he remembered every single kill and stayed a werewolf for over 2 days. Every transformation by hybrids since has been a feat at attempting to break the sire bond. It started with Tyler, when he was made to turn by Bill Forbes, as an attempt to examining if it helps Tyler feel more free at will. He subsequently broke his sire bond off-screen later revealed with the help of of a werewolf named Hayley. Hayley then started a campaign to help unsire other hybrids, the reason for it unknown to Tyler. She successfully helps Chris whom Klaus lets Jeremy kill for disobeying him. She then helps Kimberley, Adrian and ten other hybrids break the sire bond with the same method.

Even though it is their decision to transform, non-original hybrids can be compelled to transform by Original vampires. In After School Special, Rebekah compelled Tyler to turn. He tried resisting the compulsion and his effort at doing so caused him pain but not the transformation itself - he had broken the Sire bond by then. Even after turning more than a hundred times he was unable to have any sense of consciousness and he chased Elena and Stefan.

Klaus after being a werewolf for 2 days.

Hayley's hand
Add a photo to this gallery

Retrieved from "https://vampirediaries.fandom.com/wiki/Transformation_Control?oldid=2784706"
Community content is available under CC-BY-SA unless otherwise noted.