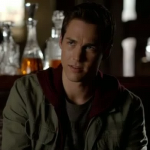 The Greatest beings who ever existed in the entire TVD universes

The Mystic Grill was one of the most iconic places that was ever shown on TVD. The Mystic Grill was just a place where the old Mystic Falls Gang could just go and have fun with their friends. They would grab a few beers and just laugh and have fun and when their was ever a sad moment they were going through their buddies or the girls would just be their for them bonding with their friends. The Mystic Grill will forever be a special place to remember when Alaric and Damon]] first meet and would grab a few drinks. Where Matt and Jeremy worked, where Stefan was first introduced to Elena's friends.
The home to the original family of originals vampires. Where the town got to meet the Mikaelson's for the first time ever. The very house where The Mikaelson's Ball was thrown and the very first party the Mikaelsons ever through on screen. It was where Caroline and Klaus had their first dance ever together and where Damon and Elena had their second dance together. It was also the very same place where Damon through John Gilbert off the balcony and where Rebekah started to show an interest in Matt Donovan. As well as where Klaus officially showed that he had taken up an interest in Caroline Forbes after curing her from werewolf's venom.

Home to Stefan and Damon Salvatore. The Salvatore Boarding house was quite special, it was once a boarding house in the beginning until it completely shutdown years ago and became Stefan and Damon's home. The place where Elena had here 18th birthday along with countless other parties held right here in this house. It was everyone's home where the Salvatore's friends could have a place to crash and stay. It was also a place where the Mystic Falls Gang would meet up to discuss important things about their enemies that they were facing to protect their town. After the death of Damon's beloved brother Stefan. Damon did what he thought was Stefan's last wishes. By donating the Salvatore House to Alaric and Caroline's family and re-opening the Salvatore Boarding School for the the young and gifted.

The Place Where It All Began...

The Salvatore Estate was Damon and Stefan's home where they were born and raised in growing up. Where Damon, Stefan and their father Giuseppe Salvatore had lived for over 50 years before the Salvatore Boarding House was built. It was the place where Katherine Pierce, the vampire came to live in along with her handmaiden Emily Bennett a powerful witch. The very same place where Damon and Stefan first meet Katherine in 1864, which was the same year she had turned Stefan and Damon into immortal vampires with her bloodline. Around the time when the town of Mystic Falls had first discovered that they were vampires among them. It was also the very same place where Stefan had confessed his love for Katherine on the night of the First Founders Party on September 24, 1864.

An organization that specializes in supernatural knowledge and artifacts. It is located in Grove Hill, Virginia, seven miles from Mystic Falls. Founded by Enzo's father at an unknown period of time. It is the place where the Sirens were released and where Bonnie Bennett held back hell fire back from destroying here home along with the rest of the Bennett witches. As well as the place where Stefan died sacrificing himself to kill Katherine to save his brother Damon right after he injected The Cure into him to become human again.

Home to the Mikaelson Family and Marcel Gerard. Where countless events occurred in and was a place where the party never ended. The Abattoir, also known as the compound, is a very large house in the French Quarter of New Orleans. It was home to the Mikaelson Family during the 19th Century and the early 20th century. After the Mikaelson siblings, Elijah, Niklaus and Rebekah were forced to flee the City of New Orleans right after Mikael found them and tried to kill them. Marcel Gerard, the adopted son of Klaus Mikaelson took over the ownership of The Abattoir not long after where he lived in along with taking control of the Crescent City during their long absence. Klaus eventually resumed control of the household when he returned to New Orleans nearly a century later in 2011 and regained his rule over the city.

A bar located in the French Quarter in New Orleans. Camille works here as a bartender. Jane-Anne Deveraux and Sophie Deveraux worked here before they were killed. During the five-year truce guaranteed by Marcel and Vincent, Josh began working at Rousseau's. It's a place where Klaus would go spend most of his time when he's not busy with family drama, where he could just go and have a drink and see Camille. Its also the very same place where "the bourbon buddies", Klaus & Stefan crossed paths again after the last few years of not seeing each other. It was where Klaus and his old friend Stefan had a long conversation on catching up with what they've missed over the last few years.

A Catholic church that is known as the "heart" of the French Quarter neighborhood of New Orleans where Father Kieran worked here as a priest.

The church was best known for being the site of a massacre by an aspiring priest, Sean O'Connell, who was driven to insanity by a witch's hex and brutally killed nine of his fellow seminary students before killing himself. The attic of the church was also used by Marcel Gerard as a residence and hide-out for Davina Claire following the failed first attempt at the Harvest ritual by the French Quarter Coven. It was also the birthplace of Hope Mikaelson.

These guys have a long history together all the way back to the 1920's. They are bourbon buddies and were good friends back in the day, even now Klaus still thinks of Stefan as his friend. When these two are together having a Hybrid and a Ripper together, all hell breaks loose. In fact they left a trail of bodies up and down the western sea border while looking for more werewolves to create more of Klaus's hybrids. Klaus saved Stefan's life while we was being hunted down by the huntress Rayna Cuz and Stefan saved Klaus's from the Strix.

Photos of the Bourbon Buddies

Retrieved from "https://vampirediaries.fandom.com/wiki/User:Alpha.Kev?oldid=2707325"
Community content is available under CC-BY-SA unless otherwise noted.