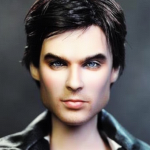 ⚜ Administrator ⚜
46,035 Edits since joining this wiki
April 21, 2014
20 Discussion posts
This is special test string for my bot.jpg
Vote for:
The Best/Worst Couple
The Best/Worst Character
The Best/Worst Season
Final state
Bros vs Hoes
The Vampire Diaries season 8 finale has been aired 3 years 15 days ago.

"The bottom line is that Elena and Stefan are the true epic love story of the show. Damon is the third point of the triangle."
—Julie Plec [2]

"When we were writing, Kevin asked, ‘Is there anything that we should do to boost the power of the triangle and the choice?’ And I said, ‘There is no choice, unfortunately.’ When Elena left, a promise was made that Elena and Damon would be reunited. If Nina had wanted to come back for a final season, maybe there would be a choice there, but with her coming back for a final episode, there is no choice."
—Julie Plec to EW [3]

"Back in season 2 when Kevin and I were sitting in the mall and we had fallen in love with this series and this story about two brothers who loved the same girl and the love triangle was kicking into high gear, we said to ourselves: When all is said and done, when this show is over, both brothers should die in the name of saving their girl and then be watching her like ghosts — because we had introduced the Other Side — as she went off into the sunset to live her life and maybe marry Matt Donovan or maybe become a doctor, but that those brothers would be side-by-side watching her live. That was the thing that made us cry all the tears in season 2.

I felt like we had to make a commitment to seeing Damon and Elena through to the end. If Nina had never left, I would’ve loved to have been able to see if Stefan and Elena could’ve found their way back to each other.."
—Julie Plec to EW [4]

"I'm a Stelena. I've gone on record as a Stelena. It's Stefan and Elena for me. That's who, in another universe, that's how I would have ended the show. However, we lost Elena in the sixth season. If we'd had her back for all of the eighth season, we could have worked our way back there. And I would have loved to explore that."
—Kevin Williamson to Bustle [5] 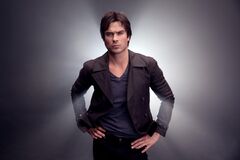 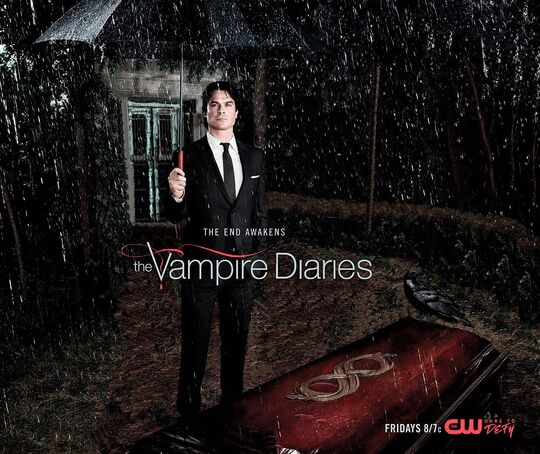 The Vampire Diaries premiere has been aired 10 years 6 months 16 days ago.

Retrieved from "https://vampirediaries.fandom.com/wiki/User:DelenaTheOneAndOnly?oldid=2689407"
Community content is available under CC-BY-SA unless otherwise noted.