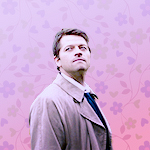 The Originals character preference (from favorite to least favorite)

There are a lot of reason why he is by far my favorite, he’s fun, he doesn’t care, he’s not overthinking, he’s not complaining all the time even if he had a really crappy life, he is the only one who acts like a vampire, and the main reason is that he only wants to live and have funnnnnn ;), he loves Klaus, but he doesn’t want to sacrifice himself and serve him for eternity, and he is not afraid of him (his daggeres however) He was the one who truly knew the meaning of family.

(I know he was murderous but at least he never pretended that he was noble and perfect, he didn’t hide, and considering all he has been through he paid for it)

And out of all his siblings he's the least selfish, and when he became a witch again he changed by himself and for himself, being with davina sure helped but he never pretended to be good to impress her unlike *cough* Klaus *cough*

She’s brave, extremely loyal, she suffered for so long with dahlia, and fought so hard to get back to her family, and after all that she didn’t turn bad/evil with the wickedest witch as a mentor. -RESPECT-

She’s awesome, too good, even if she was a vampire she didn’t forget her humanity, she only killed on purpose, she loved too easily which was her greatest quality and flaw at the same time, she gets so much betrayed, she never deserved what she got on TVD ( Elena, Damon and even Matt vilainized her). She loves and trusts too much which always leads her to trouble, and she always makes the same mistakes. (telling stefan where she buried alexander and then klaus daggered her, damon manipulating her, elena daggering her ….)

The only thing I don’t like about her is that she always made her love interests first, which almost lead to her entire family’s death back on 1114 ad (also on TVD 4x22 when she didn’t help Kol get his revenge and told him to leave so that she can stay with Matt who treated her like a monster), she betrayed her family so many times because of that ( 1114 ad, 1914, 1919 ) but it’s Rebekah we can’t hold that against her

Pure Badass, And Classy at the same time (that’s all I love about a villain character) ,she is so powerful, and so lonely at the same time, I won’t excuse the fact she took babies from their family to get more power, but I understand her, No one ever loved her, and esther left her to marry one of the people who killed their entire village. Her story is so sad. I just can’t .

All she did was for her family, to protect them, because she loved them too much, she tried to save them, she did save Kol and Finn when no one else cared about them, she tried to make things right, yes killing her children was awful, but in a moral view it was the right thing to do,. She tried to give all her children what she thought was the best, living as witches, she wasn’t perfect, she took away her children’s innocence and humanity, but she only did it out of love. In the end she sacrificed herself to save her children.

ps: Her greatest mistake was letting Mikael hurt Klaus, she didn’t protect him when she had the power to do it, she made him weak instead.

now my least favorites ( I don’t hate them if I did then why would I watch a show about them, they are just not my favorites )

So he is the most unliked character by the family and the fandom, although I liked him on TVD, because in a way what he did was the right thing for all mankind, but we’re in a vampire show so it’s understandable why most GA don’t like him. I always felt sorry for him, being dead for 900 years, after briefly living some time with sage (and even that was in secret because his family didn’t approve) he was pointlessly killed, at the very moment he started to remember how to live, he did nothing wrong to deserve that () and none of his family tried to avenge him, not even mourned him, Rebekah was sad, Klaus was even laughing, Kol mentioned him once to damon “you killed my brother (as MFG)”, elijah didn’t give a f*** (sorry guys i tend to get angry when I remember all that BS)

Then he came back on TO, and we leaned that at the age of 4, he saw his big sister taken away from him, he had to lie, he had to stand by his mother, he was stuck with ungrateful siblings who found him boring.

But then he went crazy, he channeled his parents, he felt betrayed, his own mother became the thing he hated most, in his world of black and white he couldn’t accept it, he tried to kill hope, he cursed kol to death.

But at least Finn wasn’t a hypocrite, his life ruined him, he was ruined at the age of 4, and then kept in a coffin for his whole life, for no reason.

No matter all he did, he always cared about his family in his twisted way, and he was striped from his werewolf side for 1000 years, his true self. That’s why he’s better than elijah.

What I don’t like about him is that he always plays the victim, he always blames others for what HE DID (there are too many examples ), he doesn’t take responsibility, he’s always complaining about being alone when in fact he was way too surrounded, he hurts his family under false excuses.

He Made his family’s life a hell,He daggered Rebekah for no reason other than she wanted to live her own life, her only sin was to love, and because of that she lost 52+90 years, He daggered Kol because he didn’t want to come with him to NOLA, and then because Rebakah betrayed him, what about Finn, he may have been boring but that wasn’t an excuse to leave him in a box for 900 years, it was mean and cruel that’s all. and his reaction towards his death was disgusting, he was literally laughing at the fact that he didn’t live much.

He made his family run for centuries, even if he was the only one who mikael hunted, and if anyone dared to defy him or live their own life that person ends up in a coffin

He killed his own father, it wasn’t selfless for hope, since Jackson is still alive

I love bexy for saying it for me ♥

My least favorite, because instead of being an original vampire he’s more like THE ORIGINAL HYPOCRITE

He claims that he loves his family, that all he does is to protect his family, well he has a very limited defintion of family

Family = Klaus + himself + Hayley that’s all

I used to love him back on season 2 and 3 even if back then i still saw his as a hypocrite but now ? no I’ll say why:

Klaus may have destroyed and tormented their actual family, but elijah let that happen because klaus didn’t take away centuries from him, because he didn’t experience missing centuries, sometimes 2 in a row, he let Rebekah get daggered for no reason, he wanted to dagger Kol because “Klaus Must be happy at any cost”, he left Finn daggered because Klaus said so, he only tried to make Klaus pay when he thought they were gone forever, but even after that he didn’t really care about them as long as they weren’t Klaus.

Finn died it was no big deal, Kol died and he didn’t care, he even felt compassion towards his killers I mean who does that, and then he says “NO ONE HURTS MY FAMILY AND LIVES” !!!!!!! what about ELENA MATT AND JEREMY EVEN KLAUS ? why are they still alive ? but of course when hayley is attacked he avenges her “Family above all” well Finn and Kol didn’t dress fancy enough to be considered family.

That’s the problem with elijah, he says a lot but he does nothing which I find PATHETIC.

Retrieved from "https://vampirediaries.fandom.com/wiki/User:KOriginalAddict?oldid=2291466"
Community content is available under CC-BY-SA unless otherwise noted.