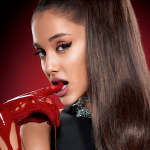 My name is Tiffanie and I've been a fan of both the book and television series for some time now. If you want to have a conversation or need to ask a question, please don't hesitate and send me a message! :)

Retrieved from "https://vampirediaries.fandom.com/wiki/User:MissVampy13?oldid=2757388"
Community content is available under CC-BY-SA unless otherwise noted.