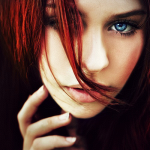 If you want to read my articles on fantasy and science fiction, including many on The Originals and Game of Thrones go to http://www.analyticalmadness.com/.

Check out my Vampire Diaries, The Originals, Breaking Bad and Game of Thrones music videos here.

Or my other artistic crazyness here.

Or if you're in a video game mood, my Nexus Mod page here.

Hi everyone. I am a psychology student/aspiring writer who loves supernatural fiction, fantasy, classical literature and some sci-fi. I also love fitness, biking, photography, reading and music (especially hard rock and post-grunge). Don't hesitate to contact me if you've got any questions about my edits or comments or you just wanna go into discussions about TVD or music or something.

I first caught the vampire diaries bug around season 1 episode 10 somewhere in late december of the year of the first season and that's when I fell in love with it, so much so that I've seen most episodes from seasons 1, 2 and 3 multiple times and own both the season 1 and season 2 DVDs. I especially love everything surrounding the Damon/Stefan relationship and the supernatural lore of the universe. I'm neither a Delena nor Stelena shipper preferring instead whatever is best for the show's dramatic power and storylines but historically have had a small favouring for Stefan and Elena together because of their history and the respect he has for her and her decisions. I however stopped watching as fervently as before after season 3 when I think "The Vampire Diaries" started to go downhill significantly. Luckily however "The Originals" managed to fill that void, and it is now the show I look forward to most every week.

Also of note is that I am currently working on a novel called "Creed" which takes up most of my time. If I ever manage to get it published it'd be awesome if you'd check it out btw =p.

My favourite TV shows are The Originals, Game of Thrones, Supernatural, Breaking Bad, Better Call Saul and Frasier (even though it's not actually on anymore I often still watch it).

My favourite movie is probably Fight Club, though I watch a lot more TV than movies.

My favourite video games are The Elder Scrolls Series, Bioshock and The Original Halo Trilogy (not a fan of anything after Reach).

Wiki Articles Written by Me

Pages Created by Me

Retrieved from "https://vampirediaries.fandom.com/wiki/User:OneOnOne1162?oldid=2716251"
Community content is available under CC-BY-SA unless otherwise noted.