LOVE IS IN THE AIR WHEN CUPID SHOWS UP IN MYSTIC FALLS — After learning that Josie, Lizzie and Alaric are in trouble, Hope leads the charge to save them. Meanwhile, Landon seizes the chance to keep an eye on the latest monster in town in order to prove himself useful. Elsewhere, MG's attempt at a perfect first date with Kym takes a disastrous turn when Hope enlists his help in her plan. Kaleb also appears.[2]

The episode opens in the yard of the Salvatore School. Wade and Landon are attempting to trigger Landon's abilities; he believes he can fly, but Wade doesn't believe him. Landon gets the idea to jump from the roof of the Salvatore School to give him more height. Meanwhile, Dorian talks with someone on the phone, asking them to return to the School, as he cannot run it without him,but the man tells him that he needs to help Caroline, however. Dorian decides to ask Emma for help — despite the tensions between them over their "marriage" — but she does not prove useful, but tells him that prophecies are vague like horoscopes.

Hope is trying desperately to force Alyssa to reveal the location of the ascendant she used to trap Alaric, Lizzie and Josie, however Alyssa refuses to reveal its location. Alyssa reveals that the truth spell she cast will not work as she had previously taken an anti-charm potion; perhaps in fear of being caught and questioned. Alyssa jokes that if she knew Hope would be so annoying, she would've sent her to the Prison World too.

In the Woods, Kaleb and MG are running, and MG questions why they run if they have enhanced speed, but Kaleb reveals that it helps clear his mind. MG tells Kaleb that he wants to talk about Kym, and further reveals that he wants to ask her out, which causes a reaction from Kaleb, but he cooperates when MG asks for ideas about taking her on a date — he tells MG that she likes pool parties, frose and chocolate-covered strawberries. Meanwhile in the woods, Landon stops a winged creature from shooting an arrow at Kaleb, which hurts the man. Landon questions the man, who reveals that he doesn't serve Malivore, but love. He attempts to shoot an arrow at Landon, but is stopped by Hope.

Hope and Landon take the winged-man to the gym, where they begin to argue. Hope becomes increasingly frustrated that Landon didn't ask her for help, but Landon tells her that he knew she was busy with Alyssa. The two begin conversing back and forth, which bores the winged-man, who Hope refers to as Cupid. He attempts to leave, but finds himself trapped by a boundary spell. Hope asks Landon to watch "Cupid", but borrows one of his arrows to deal with Alyssa.

She visits Alyssa — who she has locked in the werewolf transition space — and shoots her with the arrow. Alyssa becomes lovestruck, revealing that she has a crush. We next see MG waiting for Kym at the bathroom, and he reveals that he has a pool-day planned, however Kym tells him that she doesn't like pools. She further reveals that she doesn't like chocolate-covered strawberries and frose — all of the things Kaleb suggested — and MG realizes that Kaleb has been sabotaging him all along. Hope arrives shortly after looking for Kym's help in research. When she finds out that MG has planned a pool-day, she uses this to get on good terms with Alyssa, and it is revealed that Alyssa's crush is MG. MG and Alyssa flirt whilst Hope searches their room for the ascendant. She is unable to find it, but MG severs the hearing enchantment between the two and decides to wing the date on his own, attempting to seduce the location of the ascendant from Alyssa.

Back in the gym, Cupid questions if Landon is having relationship issues, but he tries to brush Cupid off. Eventually, he reveals that he feels like the weaker one in the relationship, and uses the metaphor of Hope wearing the pants in the relationship. He further laments that Hope is powerful, and he fears never being that powerful but feels like a fragile object when around her. Cupid gets bored of the conversation with Landon and tells him that he has to leave and, using his newly-grown wings, flies through the roof of the gymnasium. Landon realizes that he must find Cupid before Hope finds out that he lost him, and calls a "Super-Squad" meeting between Pedro, Druscilla, Wade and Jed; eventually Kaleb joins with Kym's research.

At the Marriage Office downtown, Dorian and Emma are getting married whilst under the influence of Cupid's arrows. They are just about to accept each other, when Jed arrives and proclaims his love for Emma, begging her to marry him instead. Dorian is surprised and confused by the situation but he and Jed begin fighting over Emma.

The "Super-Squad" eventually locate "Cupid", however find that he is eating someone's heart in a downtown public house. They realize that Cupid must be stopped, and decide to attempt to take him out. Landon is unsuccessful in his attempts to shoot Cupid with one of his arrows, however despite his numerous tries. Hope arrives shortly after, angry that Landon again attempted to be the hero in the situation. She uses her magic and is able to hit Cupid with her arrows, and he seems dead. When they check, however, he is gone, leaving behind only a pool of blood.

MG eventually gives up on his attempt to seduce Alyssa and reveals his interest in Kym and asks Alyssa where the ascendant is located. She tells him that she has always liked him but he has never noticed her due to his affection for Lizzie. She shows him the ascendant, however purposefully drops it on the floor, shattering it. She leaves shortly after leaving MG alone to pick up the pieces; Hope enters and is disappointed that MG could not accomplish his tasks successfully

Kaleb eventually remembers that Cupid had siblings and questions if the monster could be one of those, and not actually cupid. With this, Landon leaves to investigate. He later returns to Alyssa and Hope's room where he finds that she has been shot by one of the monster's arrows. He manages to distract the monster — whom he firmly believes not to be Cupid — by telling him how much he loves Hope. Landon stabs himself with the arrow and "Cupid" eventually rips out his heart and eats it. He dies shortly after and when Landon resurrects, he reveals that he ate everything he could find that was lethal to Erotes; this reveals that the monster they were up against is Pothos. Hope and Landon embrace in the shower.

Meanwhile, Alyssa — driven mad by her jealousy over MG — attacks Kym with an axe. Kaleb and MG try to stop her, however she is able to get the upper hand by slowing them down with a spell. She decides to kill MG and approaches him. Eventually, Kym is able to knock Alyssa out and the spell slowing down Kaleb and MG wears off. Later, Kym reveals to MG that she will be leaving the Salvatore School, but the two can always keep in contact via the magic mirror. MG is upset, but realizes that this is the best thing for Kym, and the two kiss. In the werewolf cell, Kaleb talks to Alyssa about MG and that she should find somebody else to crush on. She tells him, she'll get on that while looking at him with interest before he walks away.

It is eventually revealed that the School armory has been broken into and multiple things taken, and the Necromancer finds the golden arrow prophesied among the stolen goods.

"Come And Get Your Love" – Motor Sales

"All My Friends Are Falling In Love" – The Vaccines

"Run Through Walls" – The Script 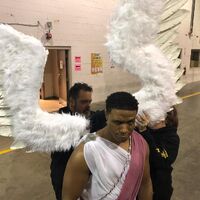 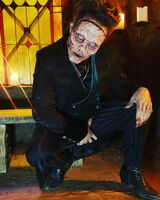 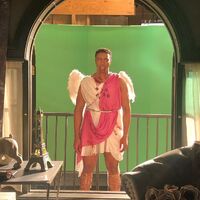 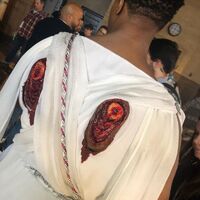 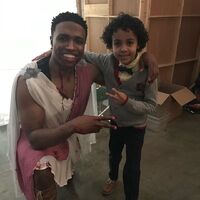 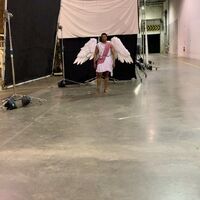 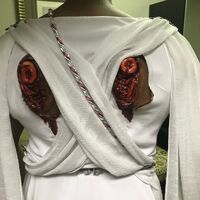 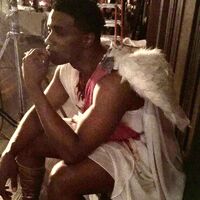 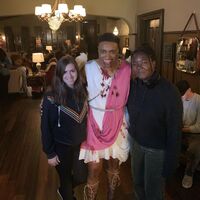 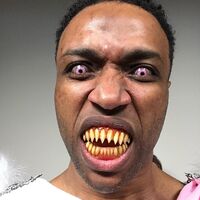 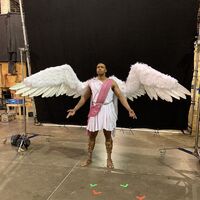 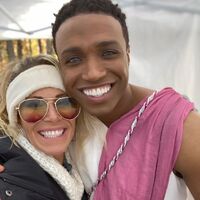 Retrieved from "https://vampirediaries.fandom.com/wiki/What_Cupid_Problem%3F?oldid=2785547"
Community content is available under CC-BY-SA unless otherwise noted.