You Made a Choice to Be Good

WHEN EVIL RETURNS – Cade returns to Mystic Falls and presents Damon and Stefan with additional assignments, each with unthinkable consequences. Even with tension growing in their friendship, Caroline and Matt do their best to protect the town's residents from Cade's appetite for their souls. Bonnie and Enzo hit the road on a romantic trip, taking the bell with them in hopes to keep it safe.

Cade is now free to roam the world after the bell was rung 11 times, and he's not pleased with the work of his two new servants. He frees Stefan from the basement and offers Damon a new deal. Kill 100 evil strangers by sundown, or Caroline dies. Damon, being all about redemption now that his humanity is back on, isn't going to abide by the rules. He finds option three, the plan to kill Cade.

He finds Caroline at the high school and explains what is going on and that he has a plan B. Caroline and new town sheriff Matt are tasked with keeping the people safe by getting them out of the open. Everyone is then gathered at the high school to celebrate the Time Capsule Day, where they've unearthed a capsule buried in 1790 by the first settlers of Mystic Falls. Matt discovers Maxwell artifacts while Caroline is endorsed in the time capsule that Caroline, Bonnie and Elena buried when they were 11 years old. Inside, Caroline finds old photos, a letter she wrote to her future self and Bonnie's 6th grade bucket list, which apparently contained being on American Idol and MTV's Spring Break. This makes her even more depressed that all of her predictions are never going to come true now.

Speaking of bucket lists, Bonnie has an idea. Enzo and Bonnie are given a task to hide the Maxwell bell far away from Mystic Falls. But before they reach their destination, Bonnie decides to entertain the idea of making Enzo take advantage of his immortality before Enzo takes the cure. This includes skydiving and driving a race car.

Later on, Matt and Caroline takes everyone to The Grill. That way Caroline can try to keep Matt safe by mixing him a drink with her blood in it. But of course Matt despises vampires and he would never entertain the idea of becoming one. While Caroline is stuck listening to Matt rant for the millionth time about why being a vampire is not good, Damon is putting his plan into motion. He tries to kill Cade, who can't be killed and proves it by setting himself on fire and ripping his own heart out.

Luckily, Caroline comes up with a plan to defeat Cade: give the devil the cure. The one that's flowing through sleeping Elena's veins. But there is one problem to solve, Bonnie reserved it for Enzo. When they arrive at the safe house, where Elena's body is also being kept, Bonnie receives a call from Damon regarding the cure and their plan to use it on the "bad guy". At First, Bonnie is not happy with this, but being the selfless person she is, she decides to go along with the plan making her happy human ending take a back seat.

Back in Mystic Falls, Cade pays a visit to The Grill to check on Damon's progress. He must choose one way or the other because the alternative is to go straight to hell. After Cade kills two people (Matt saving the third person with an extinguisher), Damon starts bargaining for another way out. Damon learns that Stefan was offered the same deal. Either kill 100 people or Elena. The "humanity-less" Stefan chose to kill Elena.

While Stefan is on his way to kill Elena, the focus is on catching Stefan before he arrives at the safe house where Bonnie and Enzo are retrieving the cure. He changes the ownership of the safe house using the real estate agent he met at a gas station. This gives him an advantage, forcing Enzo out of the house, making it easier to kill Elena with no vampire around to stop him.

Damon asks why kill Elena? Stefan reasons that Elena is just in the way. She is the reason why Damon's humanity was slowly returning to him. Killing her will mean Damon will finally stop trying to turn Stefan's humanity back on. Damon will never forgive Stefan for this, and with this, Stefan will finally be free.

Stefan finally arrives at Bonnie's safe house. Enzo is caught by surprise as Stefan comes from behind and rips his heart out. Bonnie is left to witness the love of her life die at the hands of the guy she once called her friend. She breaks off a wooden peg from a coat rack, ready to defend herself. Stefan thinks he easily has the upper hand. Bonnie is carrying a syringe filled with the cure. Left with no choice, Bonnie is forced to give Stefan the cure. She then goes outside to cry over Enzo's body. There is a wave of energy that radiates from her body followed by a loud sound resembling a bomb exploding. From this we can only assume that Bonnie possibly got her powers back.

Arcadius: "Tonight you will kill one hundred evil strangers or kill the love of your brother's life: Caroline Forbes."
Damon: "No, no, no."
Arcadius: "You can end this here and now with one particular soul."
Caroline: "Nobody else has to die."
Arcadius: "I beg to differ."

Arcadius: "By sundown tonight you will kill one hundred evil strangers or kill the love of your brother's life: Caroline Forbes."
Damon: "No, no, no."
Stefan: "She's just a stupid girl."
Damon: "The Devil can be killed."
Caroline: "You just need to change the equation."
Arcadius: "You can end this here and now with one particular soul."
Caroline: "Nobody else has to die."
Arcadius: "I beg to differ."
Damon: "Where the hell is my brother?"
Arcadius: "Making up for your disappointing work ethic. I sent him on a task. You're wondering if I'm a hallucination. Well I assure you, I am very real."
Damon: "Noted. What brings you into town?"
Arcadius: "Upon the Maxwell Bell's eleventh ring, the boundary to hell broke down for a moment. I took the opportunity to step through and take up residence here since my disciples seem to require additional motivation."
Damon: "Don't think I wanna know what you did to motivate Stefan."
Arcadius: "Fire is only one of the tools at my disposal but he hardly needed prompting to go back to work. Now it's your turn to make up the deficient. By sundown tonight you will kill one hundred people..."
Damon: "Here's the thing, I don't really feel like being your terminator anymore."
Arcadius: "Your feelings are non-issue. Our arrangement is very clear: Do as I say and you wont go to Hell. Disobey me and I send you there to stay. So here is your second option, if you object to quantity, I will accept quality instead."
Damon: "Quality? Like the Queen of England, quality?"
Arcadius: "Quality like... Caroline Forbes."
Damon: "Oh... well she a bit of a no fly zone, you know what I mean?"
Arcadius: "It's completely up to you. Before the sun goes down, kill one hundred evil strangers or kill the love of your brother's life."

"Waste A Moment" – Kings of Leon

"Hard To Believe" – The Rebel Light

"How Can I Make You Remember Me" – Hammock 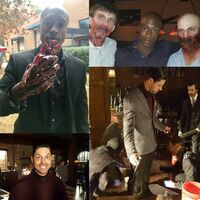 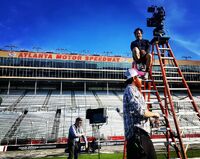 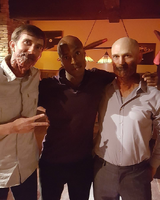 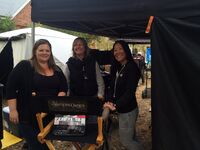 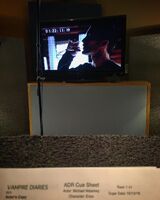 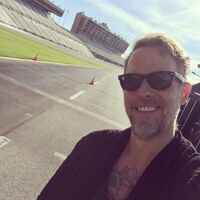 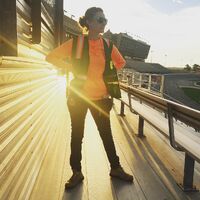 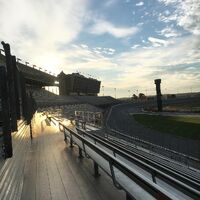 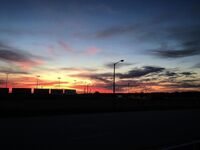 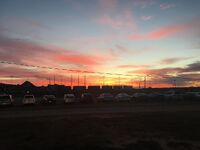 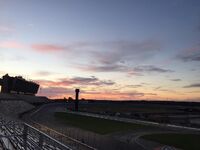